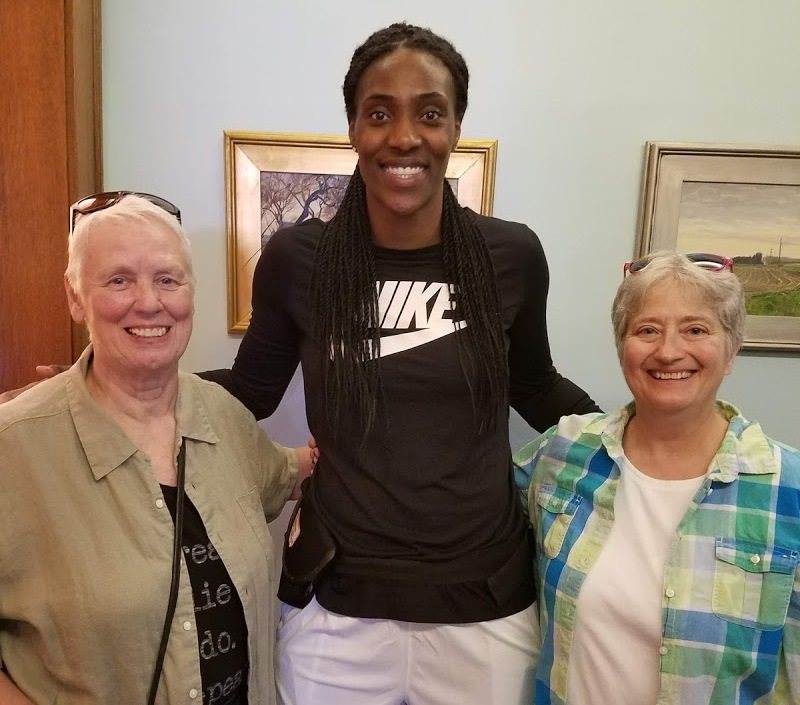 Marianne Christianson was a behavior specialist and special education teacher working with emotionally disturbed children in the Minneapolis Public Schools for 31 years retiring in 2001. To prepare for that awesome task, she attended Luther College in Decorah, Iowa where she played on Luther’s first intercollegiate basketball team. She spent 2 years as a missionary volunteer in Japan teaching English at a Japanese High School, worked as a canoe guide in the Boundary Waters, and coached track at Minneapolis South.( An eclectic mix to be sure.)  Marianne enjoys gardening and women’s sports.

Kate Wulf grew up outside Pittsburgh and attended Penn State where she was on the PSU fencing team. Post graduation, while working at a Girl Scout camp in New Hampshire, Kate was offered a job with the State of Minnesota one night in a bar. She moved to Saint Paul and spent 31 years in a variety of jobs with the State including planner in the state demographer’s office and grants administrator for the Department of Corrections. She retired as a division director in the MN Department of Human Services in 2011. In between stints with the State, Kate was the director of the Metropolitan Center for Displaced Homemakers.  Kate enjoys woodworking and women’s sports.

We’ve been together since 1980; as pre-Title IX college athletes we have long been committed to supporting opportunities for girls and women in athletics. We attended Minnesota Fillies games in the old Women’s Professional Basketball League and were thrilled to put down a deposit on Minnesota Lynx season tickets before the team even had a name. We see membership in the President’s Circle as another way to support our Lynx athletes and the organization’s mission.